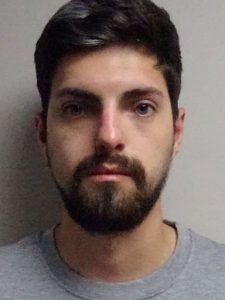 A 24-year-old from Cornwall has pleaded guilty to making a string of hoax bomb threats in Britain, the US, and Canada – causing major disruption to schools, colleges, the Palace of Westminster, police stations and even the Super Bowl.

He was remanded in custody and will be sentenced at Exeter Crown Court on Monday 2 December.

Dowling was caught following an international investigation led by Counter Terrorism Policing in the South West, who teamed up with the FBI and officers in Michigan.

Seventy five schools and colleges across London, the West Midlands, Devon, Cornwall, Avon and Somerset, and West Yorkshire fell victim to the hoaxes in January and February 2016. But the investigation between the different agencies uncovered many earlier offences committed by Dowling in the US.

Dowling – who used software to disguise his voice when making the hoax calls – was a member of a small online group which claimed responsibility for a campaign of bomb threats across the world in 2016, causing substantial disruption to the education of tens of thousands of pupils and sparking major policing responses in the affected areas.

“When Counter Terrorism Policing colleagues in the South West began investigating back in 2016, they were dealing with a constant stream of calls to schools and colleges that were causing serious disruption and distress to parents, teachers and pupils,” says Senior National Coordinator for Pursue, Deputy Assistant Commissioner Dean Haydon.

“These hoaxes had a significant psychological impact on those affected and resulted in long and complex investigations which required significant resources from the many law enforcement agencies involved in both the UK and United States of America.

“I hope this will serve as notice to anyone who considers such acts in the future that no matter how long it takes, or how far we have to travel to gather evidence, we will find you. You may think that technology will protect you but it will also help us track you down.

“I want to thank all those who were affected for their support in bringing Dowling to justice and I particularly want to thank our colleagues in the US for working so diligently with us to put an end to Dowling’s activities.”

An FBI spokeswoman added:  “The FBI is grateful to have had the opportunity to work with our international law enforcement partners in the United Kingdom on this case. Although these bomb threats were determined to be hoaxes, no threat is taken lightly.

“Each incident is treated as a real event, which drains law enforcement resources that could be utilized for real investigations and emergency response matters, not to mention the unnecessary pain it causes the victim targets.

“This case demonstrates just how crucial international cooperation and coordination is today as crimes such as this, using technology to help inflict fear and anxiety upon others, are truly borderless. The FBI shares this commitment to justice and keeping our citizens safe through these valuable foreign partnerships and look forward to working together again in the future.”

CTP SW picked up the investigation after a school in Cornwall and several in Bristol were the first to be targeted.

After becoming aware of similar hoaxes taking place in the US around the same time, investigators made contact with the FBI and together they identified Dowling as a suspect.

Following a search of his home and digital devices, it was revealed Dowling owned an eBook which included chapters about making bomb threats to high schools and another providing instructions about how to send armed response officers to someone’s house. He also had a file titled ‘bomb threats by email’.

Senior Investigating Officer, DCI Mike Selbie from CTP SW said: “This was a particularly complex and challenging investigation which crossed international borders and required us to look beyond conventional investigative techniques.

“The hoaxes had a profound effect upon the schools and colleges affected, creating a culture of anxiety and fear amongst the pupils. It was therefore vitally important we brought those responsible to justice, irrespective of the length of time it took.

“Dowling tried to use computer software to hide both his identity and the sheer scale of his offending, but with the assistance of the FBI and a number of US law enforcement agencies we were able to build our case against him.

“Such was the weight of evidence, Dowling had little choice but to admit to causing chaos and distress to his victims worldwide.”

If you see or hear something that doesn’t seem right, trust your instincts and ACT by reporting to police in confidence at gov.uk/ACT.

Remember, in an emergency always call 999.