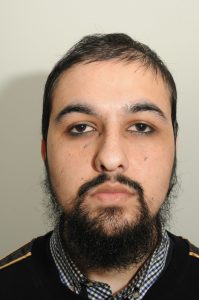 A man from Bradford was convicted of nine terrorism offences yesterday (Thursday, September 1) following a three week trial at Manchester Crown Court. Today (Friday, September 2) he was sentenced to a total of seven years imprisonment.

At the same court, he was today given a seven year custodial sentence. He will also be subjected to a one year licence condition period and a fifteen year terrorist Part 4 Notification Requirement.

Sabir was arrested in February, following an intelligence led investigation led by Counter Terrorism Policing North East, with support from West Yorkshire Police. He was charged on February 28, 2022.

Detective Chief Superintendent Peter Craig is the Head of Counter Terrorism Policing North East. He said: “Sabir’s actions, alongside his possession of terrorist material, demonstrate an extremist mindset and a desire to assist like-minded individuals.

“Knowingly providing funds to those involved in terrorism is a serious offence.

“Our enquiries showed that Sabir knew his money would be used to further the cause of terrorist groups and would potentially fund terrorist activity. Financial support allows terrorism to survive and ultimately places innocent people at risk.

“If you suspect someone of supporting terrorism in any form, I’d urge you to ACT. You can report your concerns at gov.uk/ACT, or to police in confidence on 0800 789 321. In an emergency, always dial 999.”