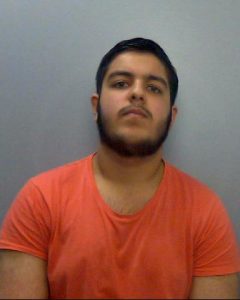 A Daesh supporter from Surrey has today (28/4) been jailed, after preparing to carry out a knife attack in the UK and helping facilitate a suspected terrorist to move between countries to fight for the Islamist group.

He had pleaded guilty to six offences, including collecting property for terrorism, distributing Daesh propaganda and assisting a man using the pseudonym Carl Drogo to commit acts of terrorism abroad.

He was also found guilty by a majority verdict in March of a further charge of preparing for a terrorist act, after he acquired a hunting knife which he planned to use in an attack.

Ahmed was arrested by counter terrorism detectives in July 2017 and charged later that month, after it was uncovered that he was in contact with members of Daesh abroad and had helped facilitate the travel of ‘Carl Drogo’ from Nigeria to Libya to fight for the group.

Officers also recovered a number of videos in Ahmed’s possession showing Daesh propaganda, including executions, missile attacks and other violent acts. One of these aimed to show the best ways of ‘slaughtering a disbeliever’.

Despite Ahmed’s denial, a jury found him guilty of buying a hunting knife which he was intending to use in an attack in the UK. A 24-year-old man from London also stood trial accused of arranging funds or property for the purposes of terrorism, but was found not guilty.

Judge Peter Lodder QC, sentencing, noted the ‘terrifyingly large and vicious looking weapon of the upmost dangerousness’ that Ahmed had intended to use.

“A prominent presence online, he possessed a significant amount of shocking material promoting the warped ideology of Daesh, and he was instrumental in facilitating online discussions with members of the group through encrypted communication tools.

“I am hugely grateful to the officers and police staff who have worked so very hard on this case; they have ensured that Ahmed was unable to carry out an attack and therefore secured the safety of any potential casualties.”

Every year thousands of reports from the public help police tackle the terrorist threat. If you see or hear something unusual or suspicious, trust your instincts and ACT by reporting it in confidence at gov.uk/ACT. Reporting won’t ruin lives, but it could save them. Action Counters Terrorism.