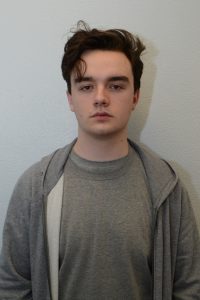 An 18-year-old man from Essex has today (Tuesday, October 19) been sentenced to 11 years and 4 months in prison, after heading up the UK sect of an extreme right wing terrorism group.

Last month a jury at the Central Criminal Court convicted Matthew Cronjager (11/04/2003) of engaging in the preparation of an act of terrorism and disseminating a terrorist publication.

Before the trial began, the 18-year-old pleaded guilty to four other counts of possession of material likely to be useful to a person committing or preparing an act of terrorism.

Cronjager was an active user of online platforms promoting right wing ideology and had developed an obsession with building or acquiring firearms.

In an investigation led by Counter Terrorism Policing North East, the teenager was brought to the attention of police after unknowingly engaging in online conversations with an undercover officer.

Forensic specialists discovered messages on devices in which Cronjager stated he wanted to source or create weapons for an attack, going as far as identifying a ‘target’ for his plans.

“Thanks to the work of specialist officers and staff, Cronjager did not get the opportunity to put his plans into action. The earlier we know about dangerous and extreme behaviour like his, the earlier we can act to disrupt and intervene.

“We know family and friends are best placed to spot if a loved one is becoming radicalised. If you have any concerns, please call the national Police Prevent Advice Line on 0800 011 3764 in confidence or report online at gov.uk/ACT.”