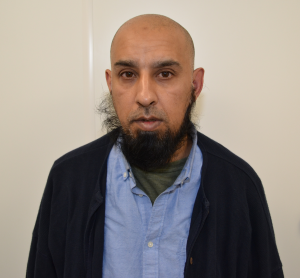 A man from Kirklees has today (24 August 2021) been sentenced to six years in prison for creating and sharing a video clips promoting a terrorist ideology.

He was found to have acted intentionally on two counts and recklessly on the third.

The 49-year-old created footage of himself brandishing weapons and promoting extreme Islamist ideology, with the intention of encouraging acts of terrorism or helping with the preparation of a terrorist act. He then shared the videos with others via social messaging platforms.

The clips were discovered on seized mobile phones during an investigation led by Counter Terrorism Policing North East. Despite attempting to conceal his actions by deleting the footage, Yasin was charged in November 2020.

Detective Chief Superintendent Martin Snowden is the Head of Counter Terrorism Policing North East. He said: “Mohammed Shakeel Yasin created disturbing videos, including one in which he brandished a meat cleaver, to encourage others to inflict violence on people who did not conform to his extremist ideology.

“Not only did he personally film the clip, but he then shared it via WhatsApp to other individuals known to him – including a potentially vulnerable young person.

“The level of the terrorism threat in the UK continues to be substantial, meaning an attack is a strong possibility. To address this threat, specialist teams across the are working tirelessly to thwart terrorist planning, radicalisation and extremism.

“If you see or hear something suspicious, trust your instincts and report it at gov.uk/ACT. You are not wasting our time and no call or click will be ignored.”