A Leicestershire man has yesterday (19 December) been found guilty of planning to attack phone, radio and TV masts and damage the road network

Oliver Lewin, aged 38, of Ferrers Road, Coalville, planned to mount widespread coordinated attacks over a number of months including recruiting others to help his plan because of a mistrust of authority.

He used social media to identify and recruit like-minded individuals to help via Telegram to create a national network of those sharing his ideology to carry out coordinated attacks.

Lewin also claimed he was ex-military and spent a lot of time writing a manual to train others. 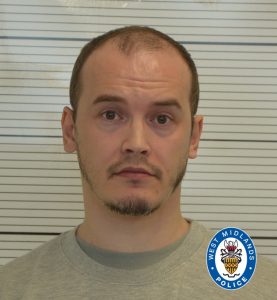 Lewin, who previously worked as an AV engineer installing and maintaining radio masts, carried out meticulous research online into systems to identify weaknesses of the masts. He also carried out on site research during reconnaissance missions in his local area.

In August 2021, he built a hideout so he could hide from a police helicopter and planned to damage a culvert which disrupted water flow underneath the M1 motorway. He carried out training exercises, taught himself to walk in the dark and how to avoid travelling by road at night.

Lewin was arrested on 25 August for preparing to commit an act of terrorism. Following his arrest, police seized a large amount of tools and army surplus combat gear as well as weapon accessories to accompany the three air rifles he owned.

“In interview, Lewin claimed he was a fantasist but it is clear he took the steps to carry out reconnaissance of targets to attack, bought equipment and tools, dug hide-outs and tried to recruit and train others.

“He wanted to advance a political cause by damaging property and wiping out media organisations. Extremists use this kind of ideology to create discord, distrust and fear among our communities and we strive to counter this.”

Reporting won’t ruin lives, but it could save them. Action Counters Terrorism. Remember, in an emergency, always dial 999.