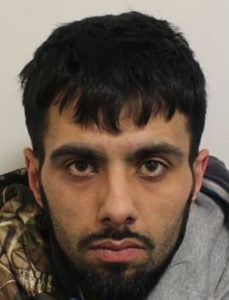 A man who acted on his extremist views and promoted Daesh on social media has been convicted of terrorism-related offences following an investigation by the Met’s Counter Terrorism Command.

Commander Richard Smith, head of the Met’s Counter Terrorism Command, said: “I am very pleased with today’s verdict. Shehroz Iqbal is a volatile man with an extremist mind-set who has now been brought to justice.

“Thanks to the vigilance of Counter Terrorism officers we identified Iqbal’s illegal activity and were able to prevent him from carrying out something far more harmful.

“Every day the national counter terrorism police network is fighting terrorism. However, police also rely on information from the public and I urge everyone to remain vigilant and report anything suspicious at all to police whether they see it online or in the real world.”

Detectives from the Met’s Counter Terrorism Command arrested Iqbal after they found he had shared a Daesh propaganda video on his open Facebook page. They carried out a thorough investigation and Iqbal was arrested on 6 April.

He was subsequently charged the next day with dissemination of terrorist material, and taken into custody. He first appeared at Westminster Magistrates’ Court on 8 April.

In the meantime, ongoing analysis of Iqbal’s media devices by detectives found that he had also uploaded to a WhatsApp group footage of himself in central London with words which included, ‘Attack, Attack’ – the inference being Iqbal was encouraging others to carry out an attack at various locations.

Following this discovery, a further indictment of encouragement of terrorism was added on 27 July when he appeared at the Old Bailey for a pre-trial hearing.

Iqbal is scheduled to be sentenced for the offences at the same court on a date to be confirmed.

You can report any suspicious behaviour or activity that you think could be terrorist-related, including online graphic or violent extremist material or content that supports, directs or glorifies terrorism via the Action Counters Terrorism (ACT) website at www.gov.uk/ACT or alternatively, call police in confidence on 0800 789 321.