A man who made and shared a video about how to make an explosive substance has been convicted. 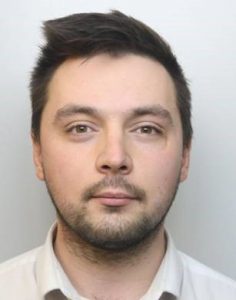 Brown recorded a video in which he used a smart device to recite how to make a specific explosive substance. In March 2020, he then proceeded to share what he recorded in a Telegram chat group where members expressed extreme right-wing views and ideology. Brown’s offending came to light during a separate terrorism-related investigation, for which one person was convicted and jailed in June 2021, as they had the footage saved on their phone.

He was arrested by CTPSW officers in February 2021. When questioned, Brown told officers he made the video as a joke as he had a dark sense of humour, but did not harbour the same extreme ideology as seen within the chat group. However, contradictory evidence was found on his phone of videos showing terrorist attacks in Germany and New Zealand, in addition to neo-Nazi imagery.

Brown was found guilty of one count of possession of terrorism-related material and a second of distributing it intending to, or recklessly, encouraging terrorism. The jury reached a majority verdict on both counts after deliberating for more than seven hours following a five-day trial. Brown is due to be sentenced at Bristol Crown Court tomorrow (Tuesday 17 January).

“Elliott Brown was not just seeking to explore an interest in extremist related materials. The video he produced and thought appropriate to share with people harbouring similar abhorrent views will understandably shock people.

“While there is no evidence that Brown planned to commit any terrorist attack, his actions went beyond just casual talk and are a criminal offence under the Terrorism Act.”

Superintendent Steve Kendall, of Avon and Somerset Police, said: “People like Elliot Brown, who hold extremist views, can live absolutely anywhere and although these instances are rare, they remind us we all need to be vigilant.

“Our number one priority is always public safety and that’s why we work so closely with our counter terrorism partners and other agencies. We will always work tirelessly to root out offenders such as Brown.

“If you are concerned about someone’s behaviour please contact us. We will be able to help with support, and where necessary, take appropriate action.”
Every year thousands of reports from the public help police tackle the terrorist threat and we need the public’s help and would always encourage people to report anything suspicious.

If you see or hear something that doesn’t seem right, please trust your instincts and ACT early especially if the people you love and know have started to have extreme views or are just acting differently to before.