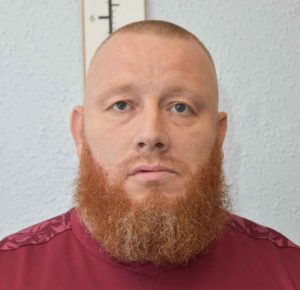 A man has admitted to possessing and sharing terrorism-related material following a proactive investigation by the Met’s Counter Terrorism Command.

Ibrahim Anderson, 44, (05.03.77) of Luton, Bedfordshire, was arrested in October 2020 after sharing Daesh execution videos and propaganda with a third party online.

Further extremist material was found during searches of the property and his devices.

Anderson was jailed for eight years at the Old Bailey on Wednesday 1 September for 15 terrorism offences. He was also issued with a Serious Crime Prevention Order (SCPO) for a period of five years upon his release.

Detective Chief Superintendent James Harman of the Met’s Counter Terrorism Command (SO15), said: “Anderson freely shared extreme Islamist propaganda online, depicting graphic terrorist violence. I have no doubt that Anderson poses a considerable risk to the public, and people are safer now that he is behind bars.

“Religious extremism poses a very real threat to public safety, and we would continue to urge the public to report concerns about friends or family members who they believe have been, or are vulnerable to radicalisation.

“Online content of this nature is extremely harmful to those who view it, and is a means by which extremists seek to radicalise people. We would urge anyone who comes across videos that depict or encourage terrorism to report it to police straight away.”

The investigation found that Anderson sent Daesh propaganda videos depicting beheadings and terrorist violence to someone online in June and July 2020, after setting up an open Facebook page promoting the aims of Daesh.

He sent the material via email from an email account he had not disclosed to police. Under the conditions of his release from prison for a separate terrorism offence for which he was jailed for in 2016, Anderson was required by law to declare the email addresses that he used.

Anderson’s arrest on 21 October 2020 was carried out by officers from the Met’s Counter Terrorism Command, with the support of the Eastern Region Specialist Operations Unit.

He was charged the following day, and pleaded guilty to the following offences during a video link appearance at the Old Bailey on 7 April 2021:

– One count of Breach of Part 4 Notification Requirement (contrary to Section 54 of the Counter-Terrorism Act 2008).

– Ten counts of dissemination of terrorist publications (contrary to Section 2 of the Terrorism Act 2006), and;

– Four counts of possessing terrorist information (contrary to Section 58 of the Terrorism Act 2000).

If you have information about terrorist activity or offences, call the Anti-Terrorist Hotline on 0800 789 321. If there is an immediate threat, always call 999. For more information, visit www.gov.uk/report-terrorism.

If you have concerns about a friend or acquaintance who you believe is being radicalised or holds extremist beliefs, call the national police Prevent advice line on 0800 011 3764 in confidence. For more information, visit www.actearly.uk

Extremist content online can be reported anonymously via www.gov.uk/ACT

It can also be reported via the iREPORTit app, created by the Mayor’s Office for Policing and Crime (MOPAC) in partnership with the national Counter Terrorism Internet Referral Unit (CTIRU).

The CTIRU, part of the Counter Terrorism Policing network, has responsibility nationally for the investigation of terrorist content online, and works to have this material removed from hosting platforms.