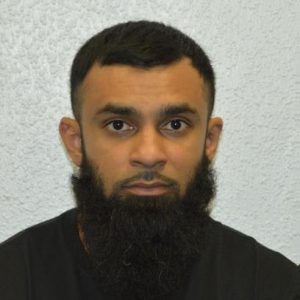 A man who shared extremist material encouraging violent Jihad has been jailed.

The offences date back to 2017 and relate to Islamist material which glorified acts of terrorism.

Fahd Ismail, 33 (09.07.88), of south east London was charged following an investigation by the Met’s Counter Terrorism Command, and on Monday, 6 September, he was sentenced to two years and nine months’ imprisonment at Woolwich Crown Court.

“I encourage anyone who has suspicions about material someone is viewing online to report it to police without delay. Trust your instincts and know that you are never wasting our time.”

On 17 June 2020, Ismail was arrested on suspicion of an offence contrary to section 1 of the Terrorism Act (TACT) 2006. He was subsequently released on bail pending further enquiries.

On 18 December 2020 he was charged with four counts of possession of a document or record containing information of a kind likely to be useful to a person committing or preparing an act of terrorism, contrary to section 58, TACT 2000.

Earlier this year on Friday, 30 April, Ismail had a further two charges contrary to section 2 of the Terrorism Act 2006 added to his indictment and on Friday, 2 July he pleaded guilty to all six counts.

Upon sentencing, Ismail was also given a 12 month licence extension and will be subject to a ten year Part 4 notification order.

+ Action Counters Terrorism (ACT) is encouraging communities across the country to help the police tackle terrorism and save lives by reporting suspicious behaviour and activity.

Around a fifth of reports from the public produce intelligence of help to CT Policing.

Is someone you know looking at extremist material, including on the so-called Dark Web, or sharing and creating content that promotes or glorifies terrorism?

If you see or hear something unusual or suspicious trust your instincts and ACT by reporting it in confidence at gov.uk/ACT or, in an emergency, dial 999.