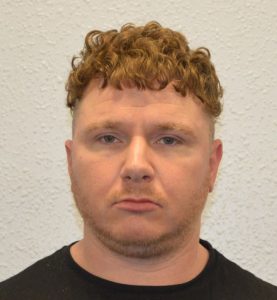 A man has been jailed for six years for terrorism and public order offences after sharing posts promoting extreme right-wing views over a messaging app, found during an investigation by the Met’s Counter Terrorism Command.

Between November 2020 and February 2021, Anthony Barraclough, of east London, posted content which he made readily accessible, and showed his hatred for people from ethnic minorities.

He shared a political text and hate speech recording promoting white supremacist views and advocating terrorist violence, as well as videos of black people being racially abused. One video referred to George Floyd.

These posts were discovered by counter-terrorism officers. The material was reviewed by the Counter Terrorism Internet Referral Unit (CTIRU), based within the Met, and it was assessed that some of the content was in breach of terrorism legislation.

Barraclough was arrested on 25 February 2021.

Appearing at Kingston Crown Court on 6 May 2022, Barraclough admitted to the following offences:

– Three counts of dissemination of a terrorist publication (contrary to section 2(1) of the Terrorism Act 2006).

– One count of distributing a recording to incite racial hatred (contrary to section 21(1) of the Public Order Act 1986).

He was sentenced to a total of six years’ imprisonment at Kingston Crown Court on Friday, 10 June.

“This kind of online activity is poisonous and dangerous – it is not harmless idle talk, and it often has serious real-world consequences.

“Officers acted quickly to identify the offending content, and investigate and arrest the person posting it.”