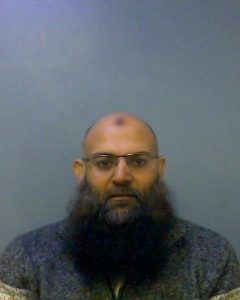 A man from Slough has been sentenced today (2/7) for committing a terrorism offence which involved him sharing a video clip promoting a terrorist ideology.

The 43-year-old sent an Islamist terrorism-inspired video clip on 11 September 2019, with the intention of encouraging acts of terrorism or helping with the preparation of a terrorist act.

Chapra was charged on the 11 September 2020 and later pleaded guilty to the offence. Today at Kingston Crown Court, he was sentenced to two and half year’s imprisonment after which he will serve a 12 month special license. In addition he was given a five year Serious Crime Prevention Order and a 10 year notification order, during which he is required to let authorities know about any changes in his person circumstances.

“He shared the clip via Whats App with the intent to convince other people to believe the terrorist messages within the video. It is often the most vulnerable people in society who are sent this terrorist content by people trying to influence and shape their views and ideologies.  This can ultimately affect the safety of the public, and can have extremely serious consequences.”

It is important that everyone is aware there is lots of help and support available if the behaviour of someone you are close to has changed and you are worried they may have become radicalised in their views.

Every year thousands of reports from the public help police tackle the terrorist threat –  we need the public’s help and always encourage people to report anything suspicious.

If you see or hear something that doesn’t seem right, please trust your instincts and ACT early.