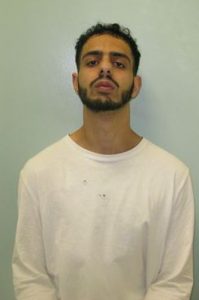 A man who downloaded terrorist guides on making bombs and killing people has been jailed for two years and four months.

The Old Bailey heard how counter terrorism police arrested Mohammed Ghani, 28 (21.11.90) of north London at his home address on 12 January 2019, after he made calls to 999 and the anti-terrorist hotline in which he claimed he would kill people or police officers.

Ghani was in the Channel intervention programme at the time, having expressed extremist views.

Commander Clarke Jarrett, head of the Met Police Counter Terrorism Command, said: “When my officers went to Ghani’s address, they questioned him about devices he had in his bedroom and he confessed they contained electronic copies of terrorist magazines.

The officer seized his devices, including USB sticks and a laptop, and these were later analysed by digital forensic specialists. They did indeed contain terrorist publications, featuring horrendous articles about how to make different types of bombs, where to carry out terrorist attacks and how to assassinate people.”

When officers asked him about the magazines, which included an issue commemorating the 11 September terror attacks, Ghani said he considered them “entertaining and informative”.

Ghani was charged with eight counts of possession of a document containing terrorist information, contrary to section 58(1)(b) of the Terrorism Act 2000, to which he pleaded guilty on Tuesday, 7 May. He was sentenced on Wednesday, 8 May.

Commander Jarrett concluded: “The material Ghani downloaded is not ‘entertaining and informative’ as he stated, but is toxic, hate-filled and in the wrong hands would provide a person with sufficient knowledge to carry out an attack.

“We take the downloading of this material incredibly seriously and have a team of digital experts working to identify those viewing and sharing this kind of material, so that we can bring them to face justice just as we have done with Ghani.”