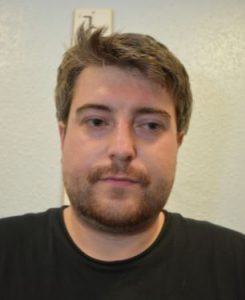 A man convicted of terrorism offences after sharing explosives and firearms manuals in extreme right wing chat groups online has been jailed.

Michael Nugent, 38 (19.06.1983) of Ashford, Surrey, ran and was active on a number of extreme right wing chat groups on the Telegram app.

He used different personas in the chat rooms to express his racist views and hatred of ethnic minorities and shared terrorist-related documents with others.

But he was identified and arrested after Met Counter Terrorism officers linked the various online accounts to Nugent’s real-world identity.

On Wednesday, 23 June 2021, he was sentenced to three-and-a-half years imprisonment at Kingston Crown Court.

Commander Richard Smith, who leads the Met’s Counter Terrorism Command, said: “Nugent freely shared his abhorrent extremist views with others over a messaging app, and he passed on manuals detailing how to produce deadly weapons and explosive devices.

“However, he was stopped when he was arrested by counter terrorism officers.

“This is another case which shows how harmful online extremism is. That is why it is important that anyone who believes that they have a friend or loved one who they think has been radicalised, or is vulnerable, seeks help.

“The Counter Terrorism Command, with the national Counter Terrorism Policing network and other partners, work around the clock to bring the likes of Nugent to justice, root out harmful extremism online, and keep the public safe.”

Nugent shared manuals on how to make explosives and homemade firearms, and published an edited video of the Christchurch Mosque terror attack. One of his offences relates to Nugent sending an edited version of the manifesto written by the Christchurch attacker.

Nugent was arrested on 19 August 2020. He was interviewed over seven days following his arrest, but gave no comment.

Nugent pleaded not guilty to two counts of encouraging terrorism, and these charges were ordered to lie on file.

Communities defeat terrorism, and information from the public is vital to counter terrorism investigations. If you see or hear something unusual or suspicious and think someone may be engaging in terrorist activity, trust your instincts and act by reporting it in confidence at gov.uk/ACT or, in an emergency, dial 999.

Visit the ACT Early website at www.actearly.uk to find out how you can seek help and support for anyone who you suspect may be being radicalised.