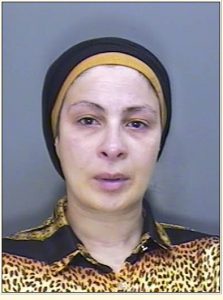 A woman who shared terrorist and extremist material has been jailed.

Today (15/12), the 41-year-old, of Wantage Gardens, Plymouth, in Devon, was sentenced to three years’ imprisonment at Kingston Crown Court.

Benboukhemis was initially arrested on the 21 May 2019 as part of an operation run by officers from CTPSE and CTPSW in central Plymouth. During a search of her address, investigators found devices containing evidence of discussions about Daesh and evidence that some files had been shared to others by Telegram.

Detective Chief Superintendent Kath Barnes, Head of CTPSE, said: “The team of investigators on this case left Benboukhemis with little option other than to plead guilty, due to the weight of evidence they collected and the diligent work carried out in this case.

“People should be under no illusion that sharing material such as this is a serious criminal offence and people will be prosecuted if they are found to be doing so.

“If you have any suspicions about behaviour of this nature, please report it to your local police force by calling 101.

“If you have concerns about someone or if someone close to you has started to act differently, please take a look at the ACT Early website, which give help, advice and support of what you can do if you suspect extremist behaviour in a friend or family member.”