Counter Terrorism Police are reminding the public to remain vigilant and always report anything suspicious after two men were jailed for a total of fourteen years’ and six months’ for funding terrorism.

Working together, the Met’s Counter Terrorism Command (CTC) and Counter Terrorism Police North-West (CTPNW) have disrupted the illegal financial activities of 29-year-old Ayub Nurhussein (07.09.90) from Stockwell and his associate, 30-year-old Said Mohammed (18.05.89) from Longsight, Manchester who sent funds of approximately £2,700 to Daesh.

The investigation found that Nurhussein and Mohammed communicated with one another and a third individual – believed to be based in Iraq – to send money to support Daesh fighters in Iraq and Syria. Detectives found that they sent the money via contacts in Denmark on three separate occasions in April, June and July 2019.

On Tuesday, 16 July 2019, Nurhussein and Mohammed were both arrested at their home addresses by officers from CTC and CTPNW in a coordinated operation. Both men were taken to a south London police station.

Searches of Nurhussein and Mohammed’s addresses recovered large quantities of digital media, including mobile phones containing chat records revealing the two men’s plans. Nurhussein was also found in possession of documents and records likely to be of use to a terrorist. Both men were charged on July 2019 with terrorism offences, including funding terrorism. 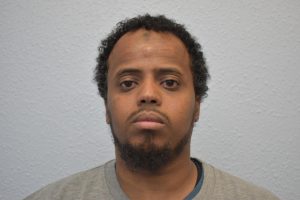 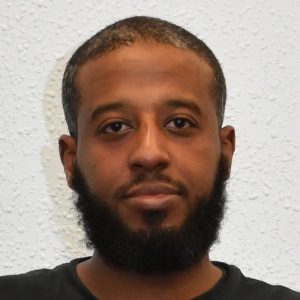 In January 2020, Mohammed pleaded guilty at a pre-trial hearing to one count of arranging funds or property for the purposes of terrorism contrary to Section 17 TACT 2000.

During a trial at the Old Bailey in March 2020, Nurhussein pleaded guilty to one count of arranging funds or property for the purpose of terrorism, contrary to section 17 of the Terrorism Act (TACT) 2000. He had previously pleaded guilty at a pre-trial hearing in January 2020 to four counts of possession of a document or record containing information of a kind likely to be useful to a person committing or preparing an act of terrorism, contrary to section 58 TACT, 2000 and three counts of disseminating terrorist material under Section 2 TACT 2006.

“The Met works with other police forces and security services to provide a counter terrorism network, both at home and abroad, whose strength and effect is continually felt by those who conspire to commit acts of violence and terror.

“Today’s result was a direct consequence of that network. Working with our counter terrorism network colleagues in Manchester, we quickly identified the activity of these two individuals, who contrived to get money to Daesh, and have brought them to justice.”

Detective Superintendent Will Chatterton, Head of Investigations at Counter Terrorism Police North West, echoed Commander Richard Smith’s comments, saying: “Today’s result demonstrates the strength of being part of a Counter Terrorism network that spans the UK. The joint work during this investigation ensured a terrorist cell was disrupted and that those involved faced justice.

“I would like to take this opportunity to those who have worked hard to bring about this successful prosecution and I hope it demonstrates to our communities our absolute determination to keep people safe.”

Nurhussein was sentenced as follows – all to run concurrently:

Any suspicious behaviour or activity can be reported via the Action Counters Terrorism (ACT) website at www.gov.uk/ACT or alternatively, call the Anti-Terrorist Hotline in confidence on 0800 789 321.