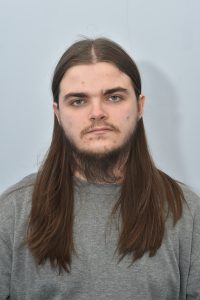 A Wigan student who was found with instructions of how to make explosives and construct a suicide vest has been jailed for terrorism offences.

Liam Fenn (25/02/1999), of Harrow Place, Wigan, was jailed today (29 September 2020) at Manchester Crown Court for four years and eight months after pleading guilty to eight counts of possession of documents or records likely to be useful to a person preparing, or committing, an act of terrorism and one count of encouraging acts of terrorism (section 1 of the Terrorism Act).

Fenn was arrested by officers on 29 January 2020 where a number of electronic devices, clothing and notebooks were seized.

Among the items seized, officers found that Fenn had accessed step-by-step guides on how to make explosives and construct suicide vests and more details on vehicles to use in attacks. He had also uploaded Islamic State propaganda on to a website and handwritten lists of military-style equipment.

The 20-year-old was also found to have saved graphic videos of beheadings and individual pages outlining details on how to carry out lone attacks.

Detective Superintendent Will Chatterton, Head of Investigations at Counter Terrorism Police North West, said: “Though Fenn refused to comment throughout all of his interviews with us, the evidence we found was overwhelming and has led to him being jailed. I hope that this shows our absolute determination to keep people safe.

“Terrorist propaganda can be used as a tool in the radicalisation of others, it’s a real and serious threat which we remain committed to tackling.

“We are committed to bringing anyone to justice who could pose a risk to the safety of our country – whatever form of extremism they are involved in.”