Open Letter From Neil Basu To Deny Terrorists A Voice 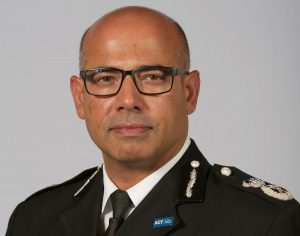 On 19 March 2019, Survivors Against Terror’s Brendan Cox wrote a powerful piece for the Evening Standard about the effect that the mass media can have in promoting terrorism, its perpetrators and whatever vile ideology inspires them.

This followed a sobering and inspirational plea from New Zealand’s Prime Minister Jacinda Ardern, who asked her political colleagues to join her in refusing to name the criminal who inflicted such horror on their country and community.

Anyone who seeks to deny the negative effects that promoting terrorist propaganda can have, should think carefully about the massive global effort to remove terrorist content from social media platforms and the pressure that governments, law enforcement and, ironically, the mass media has put on those companies to cleanse their sites.

I say ironically because the same media companies who have lambasted social media platforms for not acting fast enough to remove extremist content are simultaneously publishing uncensored Daesh propaganda on their websites, or make the rambling ‘manifestos’ of crazed killers available for download.

A piece of extremist propaganda might reach tens of thousands of people naturally through their own channels or networks, but the moment a national newspaper publishes it in full then it has a potential reach of tens of millions. We must recognise this as harmful to our society and security.

I expect the Government’s own imminent ‘Online Harms’ white paper consultation will make exactly that point.

The reality is that every terrorist we have dealt with has sought inspiration from the propaganda of others, and when they can’t find it on Facebook, YouTube, Telegram or Twitter they only have to turn on the TV, read the paper or go to one of a myriad of mainstream media websites struggling to compete with those platforms.

The criminal responsible for the Finsbury Park attack in 2017 is a case in point, driven to an act of terror by far right messaging he found mostly on mainstream media, not even having to plumb the depths of social media or the dark web to find the material that ultimately radicalised him.

Surely it’s time to have a sensible conversation about how to report terrorism in a way that doesn’t help terrorists.

Journalists often respond to such claims by talking about what is ‘in the public interest’. I would argue that the safety of UK’s citizens is surely the most important ‘public interest’ of all.

And it’s not just the obvious criminal and terrorist content that needs to be removed (and I believe everyone wants that removed, including the companies themselves), it’s also the torrent of hate and abuse below a criminal threshold that follows any act of terror, or any attempt to have a reasonable conversation about terrorism.

It’s driving decent people out of the debate and off the internet, creating a permissive environment capable of pushing the most extreme ideologues over the edge.

Society needs to look carefully at itself. We cannot simply hide behind the mantra of freedom of speech. That freedom is not an absolute right, it is not the freedom to cause harm – that is why our hate speech legislation exists.

I would like to invite editors to debate this with the survivors of terrorism and those of us trying to counter it.

In creating the World Wide Web, humankind created a powerful force for good. It is no doubt one of our greatest inventions and its creator is not to blame for what it is in danger of becoming – that is the responsibility of all of us.