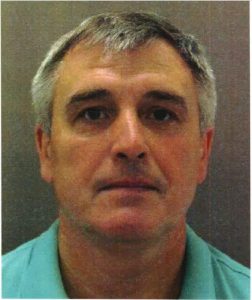 Counter Terrorism Policing can today, Tuesday, 21 September, confirm that charges have been authorised against a third person in relation to the ongoing investigation into the Salisbury Novichok attack.

Detectives from Counter Terrorism Policing have continued to investigate the attack on Sergei and Yulia Skripal and Detective Sergeant Nick Bailey in March 2018, as well as the murder of Dawn Sturgess and poisoning of Charlie Rowley in Amesbury in June 2018.

As a result of these continued enquiries, a third man known as ‘Sergey Fedotov’ was identified and evidence relating to this individual was presented to the Crown Prosecution Service (CPS). Prosecutors from the CPS Counter Terrorism Division considered the evidence and they have concluded that there is sufficient evidence to provide a realistic prospect of conviction and that it is clearly in the public interest to charge Sergey Fedotov with the following offences:

Police enquiries uncovered evidence to show that ‘Sergey Fedotov’ is an alias for ‘Denis Sergeev’ and that he is a member of the Russian military intelligence service, the GRU. Evidence gathered also shows that ‘Ruslan Boshirov’ and ‘Alexander Petrov’ are aliases for ‘Anatoliy Chepiga’ and ‘Alexander Mishkin’ respectively and that these individuals are members of the GRU.

Deputy Assistant Commissioner Dean Haydon, who has been leading the Counter Terrorism Police investigation into the Salisbury and Amesbury attacks said: “This marks another significant development in our investigation. Ever since these terrible incidents occurred, we were clear that we would be relentless in our investigation and our pursuit of justice for the victims of the attacks and their families.

“Whilst public attention gradually moved away from what happened in Salisbury and Amesbury, the investigation team has remained absolutely focused, meticulously poring over the evidence and building our case. This has been one of the most complex investigations ever undertaken in Counter Terrorism policing and the skill, professionalism and dedication shown by everyone involved has been remarkable.

“We continue to appeal to the public for any information that might assist with our investigation. The information we’re releasing now may well jog somebody’s memory, so I would urge you to get in touch with any information about the three men we have identified – whether you may have seen them in the UK between 2-4 March 2018, or if you know them.”

Anyone with information should call police in confidence on 0800 789 321 or email salisbury2018@met.police.uk

Since the announcement made in September 2018, that charges had been authorised against two men known as ‘Alexander Petrov’ and ‘Ruslan Boshirov’, the investigation team has continued to work to gather further evidence and identify anyone else who may have been involved in the attacks.

Enquiries identified a man known as ‘Sergey Fedotov’ entering the UK at approximately 11:00hrs on Friday 2 March, 2018 on flight from Moscow to London Heathrow. This was around four hours prior to Petrov and Boshirov arriving from Moscow into Gatwick airport.

Detectives identified that Fedotov stayed at a hotel in central London between 2 March and 4 March 2018. Tests were carried out in the room Fedotov is believed to have stayed in, but no traces of Novichok and no risk to the public were identified from these.

Evidence gathered by the investigation team suggests that Fedotov met with Petrov and Boshirov on more than one occasion in central London over the course of the weekend. Fedotov left the UK on Sunday 4 March, 2018 on a flight to Moscow departing from Heathrow at approximately 13:45hrs.

Further enquiries by the investigation team have identified evidence to suggest that Petrov, Boshirov and Fedotov also previously worked together, for the GRU, as part of operations outside of Russia. As is the case with Petrov and Boshirov, detectives believe that Fedotov was using an alias when visiting the UK and has been identified as ‘Denis Sergeev’.

All three men – ‘Sergey Fedotov’, ‘Alexander Petrov’ and ‘Ruslan Boshirov’ – are now wanted by UK police and arrest warrants are in place for all three. The process of applying for Interpol notices will commence for Sergey Fedotov today, with Interpol Notices already in place for both Petrov and Boshirov.

Police continue to appeal to the public for any information regarding these three men whilst they were in the UK between 2 March and 4 March 2018. Detectives are releasing three images of Sergey Fedotov and anyone who knows them or saw any of the three men should call police in confidence on 0800 789 321 or email salisbury2018@met.police.uk

“We are working closely with the police to ensure that, where possible, those responsible for this attack are brought to justice. Our specialist prosecutors have considered the additional evidence against the third suspect and have concluded that there is sufficient evidence to provide a realistic prospect of conviction and that it is clearly in the public interest to charge Sergey Fedotov, who is a Russian national, with a number of offences including conspiracy to murder, attempted murder and the use and possession of a chemical weapon.

“We will not be applying to Russia for the extradition of Sergey Fedotov as the Russian constitution does not permit extradition of its own nationals. Russia has made this clear following requests for extradition in other cases. Should this position change then an extradition request would be made.

“A realistic prospect of conviction means that the CPS is satisfied on an objective assessment that the evidence can be used in court and that an objective, impartial and reasonable jury hearing the case, properly directed and acting in accordance with the law, is more likely than not to convict Sergey Fedotov of the charges. It is of course for a jury to decide whether the evidence is enough for them to be sure of the suspect’s guilt.”

The investigation into the attacks in Salisbury and Amesbury remains ongoing and police also continue to urge anyone who may have information that could assist the investigation team to get in touch if they haven’t already done so. Detectives are still keen to hear from anyone who may have seen the counterfeit ‘Nina Ricci’ perfume box or bottle, which was recovered from Charlie Rowley’s address in July 2018.

Officers cannot account for the whereabouts of the bottle, nozzle or box between the attack on the Skripals and Nick Bailey on 4 March 2018 and when Charlie Rowley said he found it on 27 June 2018.

Anyone who saw the pink box, or glass bottle during this time should call police, in confidence, on 0800 789 321 or email salisbury2018@met.police.uk