Throughout the mourning period, specialist capabilities, resources, officers and staff have been deployed around the clock to keep people across the country safe as they paid their respects.

The historic operation resulted in unprecedented policing activity, with Counter Terrorism Policing playing an integral role in protective security, as well as monitoring the terrorist threat against the backdrop of an unparalleled, global event. 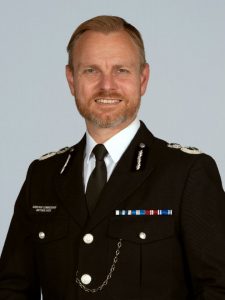 Working with our partners, we have reviewed all ongoing counter terrorism investigations to identify any new risks or connections with Operation London Bridge, as well as assessing new information or intelligence.

“By doing so, we have been able to take steps to ensure developing risk around places or people of interest has been responded to robustly.

“Communities across the country have played a crucial role. Every piece of information we receive has the potential to transform an investigation, create opportunity for an arrest or simply helps us build a clearer intelligence picture around someone, or something.

“After initial assessment, one in eight of the reports we’ve received over the mourning period are now actively being used as intelligence by our investigators. You are never wasting our time.”

Members of the public travelling to memorial events have been encouraged to report concerns through targeted vigilance messaging at transport hubs.

As well as our investigative efforts, Counter Terrorism Policing has been central to protective security measures; including the largest ever single deployment of specialist armed officers, drawn from across the UK for overt, discreet and covert roles.

In addition to protecting the public, our Counter Terrorism Specialist Firearms Officers were also integral to security provision for hundreds of foreign dignitaries.

Working with partners across policing, we have also assisted with defensive searches at key venues, and nationwide counter drone operations coordinated to detect and disrupt hostile activity. 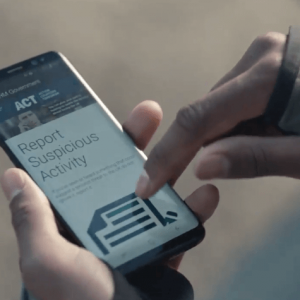 If you see or hear something that doesn’t feel right report it at gov.uk/ACT

The events following the death of Her Majesty the Queen also saw the largest ever deployment of Hostile Vehicle Mitigation assets, with a small team of dedicated officers working to ensure people visiting the capital could do so safely.

Hundreds of assets including barriers, gates and walls were also installed at locations in Scotland and Wales.

Head of Counter Terrorism Policing, Matt Jukes said: “It is difficult to put into words the scale of the policing operation over the last ten days, it has been nothing short of incredible.

“Some of our activity will have brought our officers and the public shoulder to shoulder, other elements they won’t have seen, but hopefully they have been reassured by what they have witnessed.”

The efforts of Counter Terrorism Policing have reached beyond the capital, with protective security measures in place at Royal sites across the country, and advice being shared with businesses and community organisations planning their own events.

With hundreds of dignitaries visiting the country, our ports have also been a focus of counter-terrorism activity, with borders officers working with other resources to ensure the safe arrival and departure of foreign delegations.