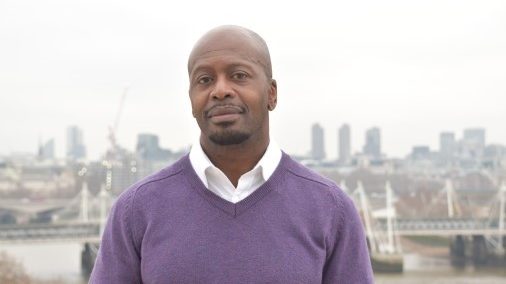 Zac has 26 years’ experience in policing and reflects on his police career and the importance of diversity.

Joining the police changed my perspective

When I walked through the door of Hendon Police Training College in March 1993 the world was a different place. It’s fair to say my parents, although proud, were concerned I would face racism from colleagues and resentment from some parts of the community. I was 30 years old and, don’t get me wrong, they knew I could cope but no parent wants their child subjected to humiliation at any age.

I can hand-on-heart say that in my 26 years working for the Met Police, my experience has not been one of racism.

When I joined the organisation that as a youth I had very little confidence in, it was a decision that completely changed my perspective.

I was encouraged to take the plunge and apply for the police by an eminent barrister I had done some work for and a police officer who was really supportive when I asked for his advice on joining up.

Despite the impression I had of the police, ‘the job’ itself appealed to me. I knew some people would think that I was selling out by joining but I liked the idea of making a difference to people’s lives and I wasn’t going to let the opinions of others stop me.

I began police training on 24 March 1993 and the first few weeks altered my view of the police as I saw things from an additional perspective.

What is a Family Liaison Officer?

As a full-time FLO and now as a Family Liaison Coordinator (FLC) managing a team of FLOs, I’ve assisted literally hundreds of people whose relatives have been murdered or otherwise killed tragically, including in the 7/7 attacks, the 2015 terrorist attack in Sousse, Tunisia, the 2017 terror attacks and the Hyde Park bombings of 1982.

Sometimes the relatives of suspects need support, as they are often not complicit in the crime and have also lost a loved one. Their involvement after an incident has led to the identification of essential evidence and contributed to families having a more detailed background about the person responsible for their loved one’s death.

It’s a humbling experience to be present at the most sensitive, personal and traumatic time in a person’s life. It requires genuine compassion and a lot of personal resilience, but the result is a sense of satisfaction that you may have in some small way made someone’s life easier at a terrible time and helped an investigation team to establish what happened to a loved one.

How policing has changed

Based on my own experience, I can see the Met Police has come a long way. All officers are given diversity training when they join now. The organisation celebrates having a diverse police force, and those who are racist towards colleagues face serious consequences, like dismissal.

This isn’t the only transformation I’ve seen. I started volunteering as a family liaison officer – or FLO – in 2003.

To qualify for the role I had to go through a selection process, including successfully completing a family liaison training course. This training course is mandatory for FLOs across the UK, and development continues throughout their career.

Be part of the change

I’m proud not only to have helped change the lives of others but to have been part of the change in the Met Police. We have far more black, Asian, female and minority ethnicity officers now than when I joined and we continue to need more, to represent London’s communities.

From my perspective, it’s easy to sit on the side and criticise or complain but if you want to see change, you need to be part of the change. Consider joining the police, speak to officers you see and ask them about their experiences. Whatever colour, gender or religion you are, you will be welcome.

This article is an extract – you can also read find the full interview with Zac Idun OBE.

You can play a part in keeping the UK safe and secure. Visit our careers page to see how you can start your career within policing.