Football fans gearing up for the new season are being reminded to ‘Know The Game Plan’ and report any security concerns to stewards or staff.

Officers have been working with the Premier League, EFL and individual clubs to enhance measures designed to keep supporters safe, and to raise and awareness of the threat from terrorism among club employees and supporters alike.

While there is no specific threat to football grounds, the project is part of a wider police plan to work more closely with different sectors such as retail, hospitality and entertainment to help protect the public.

Other sports such as rugby, tennis and cricket have also been supporting the Know The Game Plan initiative, while former England internationals Alan Shearer, David Seaman and Paul Parker took part in a police Twitter campaign during the recent World Cup.

Nearly a quarter of a million sports event stewards have been issued with a short guide giving key advice to help protect crowds of spectators. 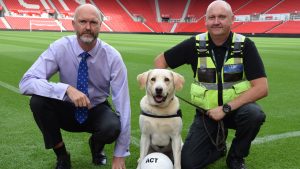 National Police Coordinator for Protective Security, Chief Superintendent Nick Aldworth says: “The chance of being caught up in a terrorist attack is low but we want the public to feel confident to come forward and report any concerns if they see something suspicious to matchday staff or police.

“The more clubs encourage supporters to do this, the more likely they are to act on their instincts and not worry they might be mistaken or wasting time.

“Most concerns will turn out to be nothing and that’s absolutely fine. It’s far better to say something than risk an important piece of information being missed.

“Our mantra is Action Counters Terrorism. If you see something, don’t hesitate to ACT.” 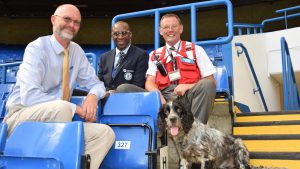 Bob Eastwood, Security and Operations Advisor for the EFL adds: “Getting supporters to think about security is just part of the work football has been doing in partnership with the police.

“Over the last 12 months we have held many events all over the country so counter terrorism officers and stadium security managers can share their knowledge and do all we can to stay a step ahead.

“The safety of all fans is football’s number one priority and we all have a role to play in doing everything we can to keep each other safe – police, officials and supporters.”

The key Know The Game Plan advice all fans are asked to follow is: