Head of CT Police encourages Editors to build a partnership 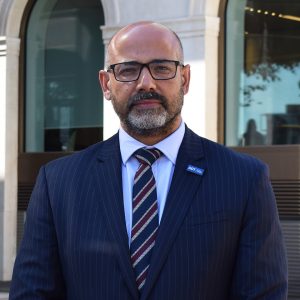 The Head of Counter Terrorism Policing encouraged Editors of the UK’s media to help build a partnership which could reduce the threat of terrorism to the UK.

Speaking to the Society of Editor’s Annual Conference in London, Assistant Commissioner Neil Basu told media industry representatives that he wants to emulate the relationship they have with the Samaritans in reporting suicide – an approach he believes could prevent media coverage of terrorism from inadvertently amplifying the threat.

In the wake of the Christchurch attack in New Zealand (NZ), Assistant Commissioner Basu published an open letter to the UK media asking for greater care in the reporting of terrorism, in part influenced by NZ Prime Minister Jacinda Ardern’s decision not to publicise the name of the attacker.

Samaritans and the World Health Organisation report substantial evidence showing the links between the media depiction of suicide and the spread of the behaviour among vulnerable people – known as suicide contagion.

Assistant Commissioner Basu believes the same theory could be applied for the reporting of terrorism, and called for the UK’s media outlets to work together with policing and security experts to try and reduce the threat.

“The risk of influencing suicides significantly increases if reports include descriptions of suicide methods; if the story is placed prominently, and if the coverage is extensive or sensationalised,” he said.

“The positive relationship between Samaritans campaigners and the media has helped shape how suicide is reported and has almost certainly saved lives.

“If reporting can be seen through this lens for suicide, then why not for terrorism?

Mr Basu also revealed that he has asked The Royal United Services Institute (RUSI) – the world’s oldest independent think tank on international defence and security – to analyse academic research into social contagion theory and test the concept that media reporting of terrorist events could encourage the spread of behaviour among like-minded individuals.

He added: “RUSI’s emerging findings suggest that how journalists frame their reports and the language they choose can have an impact and there are steps which can be followed to reduce the impact, and to mitigate what is referred to as the contagion effect.

“Indeed, the media can have a positive impact.

“By acting as peacemakers, and by portraying terrorists as they truly are, they can heighten public awareness of security threats in a non-dramatic way, and they can encourage public conversation and debate on the social and political implications of terrorism.”

For a full transcript of Mr Basu’s speech, click here.

Visit www.counterterrorism.police.uk for more information about how Counter Terrorism Policing is working to keep us safe, or visit www.ltai.info to learn how you can protect friends and family from radicalisation.

If you see or hear something unusual or suspicious trust your instincts and ACT by reporting it in confidence at gov.uk/ACT or, in an emergency, dial 999.