The Mayor of London, Sadiq Khan, has today launched a new smartphone app to make it easier for people to report terrorist content online.

Research commissioned by City Hall found four out of five Londoners were unsure how to report extremist material online during the pandemic. 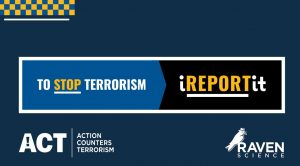 The iREPORTit app has been funded by City Hall and created in partnership with the national Counter Terrorism Internet Referral Unit. It will enable Londoners and people across the country to report terrorist content online quickly, easily and anonymously to the police using their smartphone.

The new app recognises that we all have a part to play in rooting out terrorism wherever it is found. It is free to download now on Android and Apple devices and allows users to flag any terrorist content online or on social media in three quick and easy steps. The anonymous reports will go directly to the national Counter Terrorism Internet Referral Unit (CTIRU), which has successfully sought the removal of hundreds of thousands of links to terrorist material and assisted more than 500 counter terrorism investigations nationally in the last two years.

The iREPORTit app has been created at a time when there has never been a greater risk of online radicalisation. Lockdown restrictions mean Londoners are spending more time than ever online at home, away from traditional protective role models such as teachers, friends and family, faith communities and other support networks. The Coronavirus pandemic has seen a rise in online disinformation which has been used by extremists of all persuasions to promote hate and violence and the attacks last year in Reading and Streatham, alongside multiple plots foiled by the police and security services, have also proved that terrorism is still a real threat to our communities.

The Mayor’s funding of the mobile app, which will initially run as a three-month pilot, is on top of the £6m has already invested in supporting victims and tackling all forms of hate – more than any other Mayor – and is the latest phase of his Countering Violent Extremism (CVE) programme which has already invested £800,000 in more than 30 civil society-led projects across the capital.

The iREPORTit App was created after the Mayor’s CVE programme commissioned research to better understand attitudes to terrorism and extremism across the capital and why Londoners were hesitant to refer such material they came across online.

Research during the second wave of the pandemic found whilst nearly three quarters of Londoners believe that social media companies should be doing more to combat extremism on their sites, less than half knew how to get it removed from those sites. It also found that 81 per cent of all Londoners did not know how to get online extremist material taken down from popular internet search engines.

In response to these findings, City Hall delivered its first ever CVE Mayor’s Civic Innovation Challenge which asked London’s leading tech sector to come up with an innovative solution to help reduce terrorist content online and make it simpler for members of the public to report terrorist content anonymously from their smartphones.  Raven Science won the challenge and was awarded £40,000 to create the iREPORTit app.

If you have seen material online which you are concerned could be terrorist or extremist, you can also report it at www.gov.uk/act

“We know terrorists and extremists are set on exploiting the uncertainty of the pandemic for their own gain. With more people than ever at home online for longer periods, often in isolated environments, I’m determined to do everything I can to counter that threat and help keep Londoners safe.

“Working closely with the national Counter Terrorism Internet Referral Unit, I have funded the iREPORTit app to bridge the gap between someone seeing extremism online and being able to report it quickly and anonymously from their mobile phone.

“We know terrorism does not recognise borders so this app will be available to all Londoners and everyone across the UK. However, we urgently need the Government and tech firms to step up and do more now to prevent the rapid spread of terrorist and extremism material online. Insidious voices are growing louder online and we must all work together to counter hate, intolerance, extremism and terrorism.”

The Mayor of London

“Every time a member of public sends the Counter Terrorism Internet Referral Unit a link to material which is terrorist or extremist in nature, they are helping police in the international fight against terrorism.

“So I welcome this new app which offers the public another way to report material, in addition to the existing reporting tools.

“Specialist officers are ready and waiting to look at each and every single referral sent via the app.

“Where material breaches UK terrorism legislation, they will seek its removal, even if the website host is based in another country, because every piece that is removed from the Internet is no longer out in the ether, potentially radicalising vulnerable people and encouraging them to cause serious harm to others.”