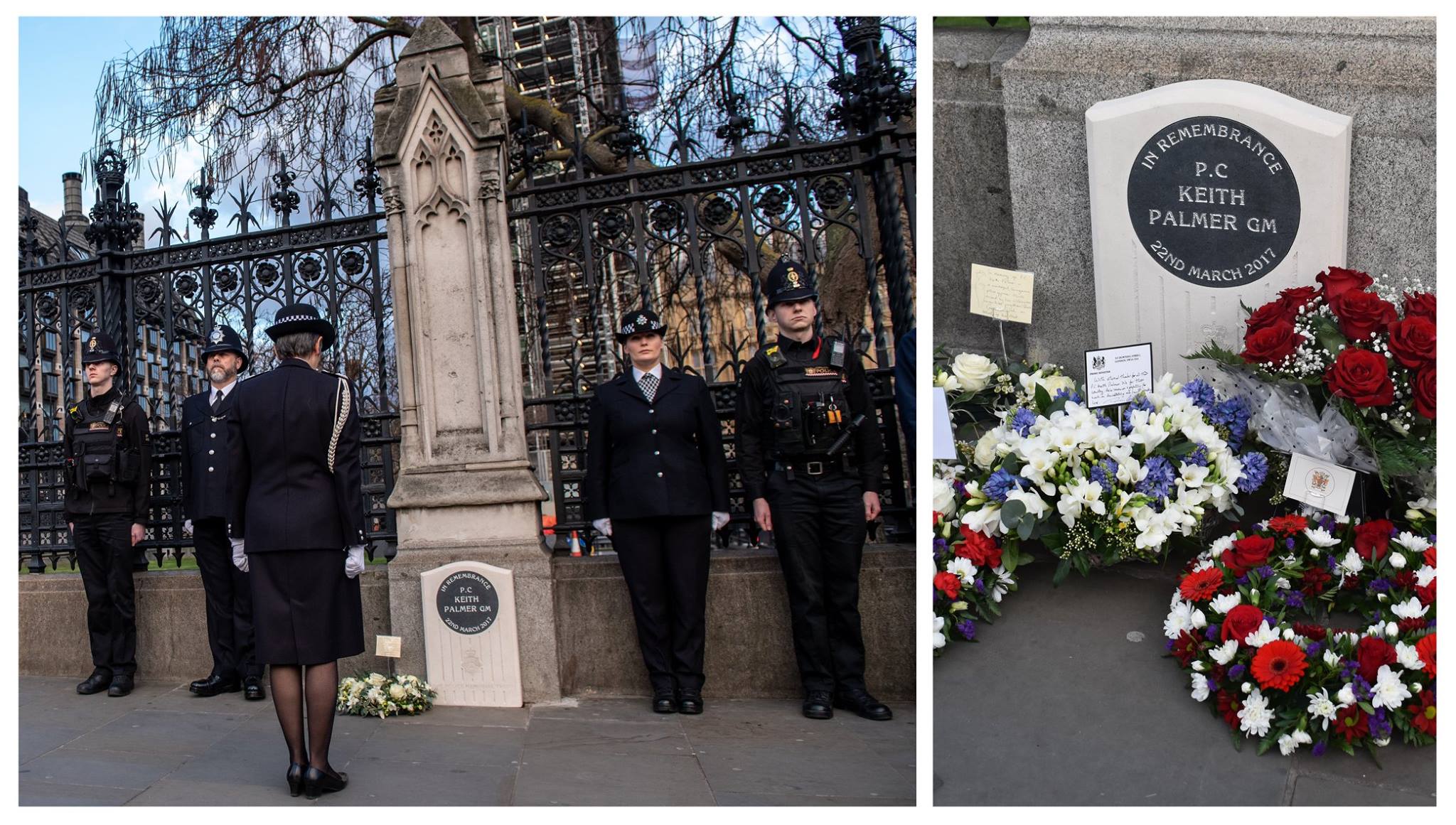 A national memorial has been publicly unveiled outside the Palace of Westminster as a permanent tribute to PC Keith Palmer GM, who was tragically killed as he protected Parliament from a terrorist attack on 22 March, 2017.

This followed a private unveiling of the memorial stone, which took place earlier at 10 Downing Street. There, the memorial stone was presented to PC Palmer’s family and close friends at a ceremony hosted by the Prime Minister Theresa May, which was also attended by friends and colleagues who knew and worked with PC Palmer from both the Metropolitan Police and the UK Parliament.

I know that I speak on behalf of all of my officers and staff when I say how immensely proud we all are of PC Keith Palmer and this memorial will ensure that his actions will forever be remembered.

PC Palmer was an outstanding police officer. He acted that day with no thought for his own safety, intent simply on doing his job and protecting members of the public and Parliament. He paid the ultimate price for his selfless actions and this memorial is a fitting and lasting tribute to the tremendous bravery he showed on that terrible day.

The memorial, which is made from Portland stone with a dark slate inset, was then subsequently moved and installed at the Palace of Westminster. The memorial was organised by the Police Memorial Trust, which has worked closely with PC Palmer’s family following his tragic death to ensure that they were fully consulted on all aspects of the plans and supportive of the project.

Since initial meetings with PC Palmer’s family in 2017, the Police Memorial Trust has discreetly worked with various partners to obtain the special approval needed to place the memorial at the UNESCO World Heritage site. This included the invaluable help and support of the UK Parliament, Westminster City Council and the Metropolitan Police Service to secure the necessary permissions and access to install the memorial at the iconic location.

The Police Memorial Trust are proud to place this memorial to PC Keith Palmer in the heart of our Nation’s historic capital, the very the place Keith lost his life protecting so well.

There is no doubt that Keith’s bravery made him a true hero. His actions personified the service, courage and sacrifice the ordinary British Bobbies give to the people our country every single day.

Nothing will ever ease the pain his wife, daughter and family feel but we hope our memorial will show them that their loved, Keith Palmer, will never be forgotten.

Chair of the Police Memorial Trust

The memorial stone will now sit on the public side of Carriage Gates, which will mean that it is visible and accessible for everyone to see and visit. In addition, a separate memorial plaque has also been installed within the Palace of Westminster in New Palace Yard near to the place where PC Palmer confronted his attacker.