Three officers will be recognised by the Queen for their heroic actions during the London Bridge attack last year.

PC Charlie Guenigault was off-duty and enjoying an evening with friends following his shift, when terrorists attacked the area by driving a van into pedestrians on London Bridge; and then indiscriminately attacking people in Borough Market.

Charlie ran towards the attackers, putting himself between them and other officers being attacked. As a consequence he received serious injuries to his head, back and stomach.

PC Wayne Marques was seriously injured as he ran towards the attackers and confronted them, armed only with his baton.

His colleague, PC Leon McLeod, was with PC Marques that night. He ran after the attackers and gave vital first aid to injured people, helping to carry people to safety despite the danger to himself. 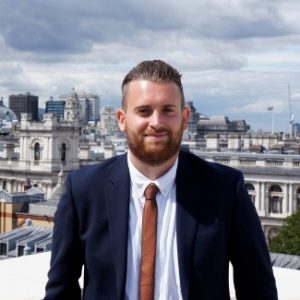 PC Guenigault, said: “To be awarded the George Medal is such recognition, is an incredible honour, and I am so humbled. Unfortunately some will not get to receive their award in person.

“I hope that I have done my friends, family, colleagues and the nation proud. I would like to thank everyone who has helped me throughout the past year – especially those who helped to save my life.”

Met Commissioner Cressida Dick, said: “That summer night whilst out with friends, Charlie ran towards danger, simply intent on protecting fellow officers and members of the public.

“Charlie’s bravery undoubtedly helped others, and despite suffering serious injuries he continued without a single thought for himself.

“I know that I speak on behalf of all of my officers and staff, when I say how immensely proud we are of Charlie.” 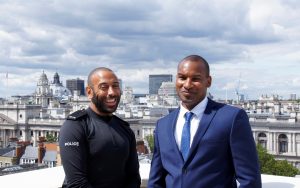 PC Marques, said: “It is unbelievable to be awarded with the George Medal, I am truly speechless. When I think back to the night of the attack, I was just doing my job and trying to save lives – I never expected to be honoured in this way.

“I remember the events of that night vividly, the evil that was done but also the courage and bravery of the public and my colleagues. I am here today because of my friends who helped me, I’d cannot thank them enough.”

PC McLeod, said: “I am overwhelmed to receive this honour – I was in complete shock when I opened the letter. As police officers, you never know what to expect on your shift.

“When me and Wayne heard the screams at London Bridge, our first instinct was to run and help. We never thought we were being brave, all we wanted to do is help as many people as possible.

“It feels surreal and bittersweet to be honoured following the horror of this attack. So many people acted with courage, I was just one piece in London’s response to this atrocity.”

BTP Chief Constable Paul Crowther, said: “I was delighted to hear the news that PC Marques and PC McLeod are to be honoured for their incredible actions during those terrible events in June last year.

“It really signifies the regard in which we all hold them for their actions that night.

“Last year was a year that was incredibly difficult for many BTP officers and staff up and down the country and I’m incredibly grateful for all they did during those difficult times.

“While today is a day of acknowledgment and celebration for Wayne and Leon, of course, our thoughts remain with those who lost their lives or were injured in all of those terrible incidents. But very well done to Wayne and Leon.”