Our focus is countering terrorism, not lawful protest 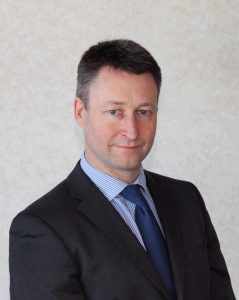 Dean Haydon responding to comments in The Guardian

Keeping the country safe from terrorism is a huge collective effort, only possible with incredible support from the public. It is a task that requires 100% of our focus, every minute of every day.

That means that our focus is absolutely not on lawful protest or legitimate causes taken up by activists across the country.

So why are Extinction Rebellion (XR) and other legitimate protest groups even mentioned in Counter Terrorism Policing (CTP) documents in the first place? Does this mean that we consider those groups, and the people who support them, to be extremists who pose a threat to national security?

The simple answer is, no. We don’t consider those groups to be extremist, we do not consider them to be a threat to national security. Nor do we consider membership or affiliation to XR or other environmental groups to be reason for a Prevent referral.

Counter Terrorism Policing creates a range of guidance and documents for use across the whole of policing, not just by Counter Terrorism officers or Prevent practitioners. We produce these documents to help frontline officers and other colleagues make informed decisions – including protecting crowded places at times of protest.

The ‘Signs and Symbols’ document which has become the subject of a Guardian article today was produced to help police and close partners identify and understand signs and symbols they may encounter in their day-to-day working lives, so they know the difference between the symbols for the many groups they might come across.

We need our CT officers, front line police colleagues and partners to be able to understand what organisations people may be affiliated with, and what their aims and activities – lawful or otherwise – are.

But the guidance document in question explicitly states that many of the groups included are not of counter terrorism interest, and that membership of them does not indicate criminality of any kind. To suggest anything else is both unhelpful and misleading.

Here’s what the guidance says on its second page:

And has this document been used by Prevent? Yes, but only as a guide to help them identify and understand the range of organisations practitioners might come across. It does not in any way suggest that membership or affiliation with the non-proscribed groups would in itself trigger a Prevent referral, or that we consider non-violent protest as a potential indicator for extremism. Other factors associated with vulnerability would need to present themselves.

Lawful protest is a fundamental right for everyone in this country, every week officers from across the country are involved in facilitating lawful protest.

But that means we need our CT officers, front line police colleagues and partners to be able to distinguish between those groups that might do us harm, and those that won’t, and the signs and symbols they use to identify themselves. Sometimes, it can be the difference between spotting offenders, or missing them altogether.