Police Officers and Staff Honoured By The Queen

Her Majesty The Queen has commended police officers and staff who have provided an exceptional level of service to the public and national security.

The HM Queen’s New Year Honours List for 2019 recognises the achievements of a wide range of extraordinary people.

The UK was hit by several terror related incidents in recent years, including the Westminster Bridge attack in London and the Manchester Arena bombing. Now, those who have responded with such bravery and determination during some of the world’s most tragic events have been praised.

A total of 43 awards go to those involved in the response to the major terrorist incidents of 2017. This includes officers from the Metropolitan Police, Greater Manchester Police, British Transport Police and the other national forces. 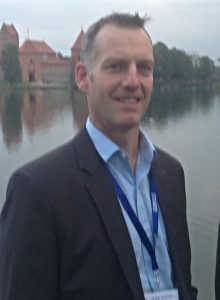 In London, Detective Superintendent Mark Gower has been awarded an OBE for services to policing. This includes his work where he led the UK response to the terrorist attacks in Tunisia where 30 British Nationals were murdered. He also led and commanded the response to the 2017 terrorist attack at Finsbury Park, where Darren Osborne deliberately drove a hire van at members of the Muslim community, killing one and seriously injuring others. Some months later, when the terrorist attack at Parsons Green took place Mark led the investigation and co-ordinated resources from across the Met in conjunction with Security Service partners to identify the bomber.

Detective Superintendent Mark Gower, OBE for services to policing: “Being recognised is totally unexpected but I feel truly privileged to have played a part in some exceptional events, particularly over the last four years, in the Counter Terrorism Command. There has been some amazing work by colleagues and teams within the Metropolitan Police.”

Acting Detective Sergeant Zac Idun was awarded an OBE for services to victims of London and international terrorist atrocities. He has delivered outstanding support for the families over many years and led the Family Liaison response following the Westminster and London Bridge terrorist attacks in 2017 and in Tunisia in 2015.

Acting Detective Sergeant Zac Idun, OBE for services to policing: “Most police officers will tell you they are just doing their job and I am no different, but receiving the 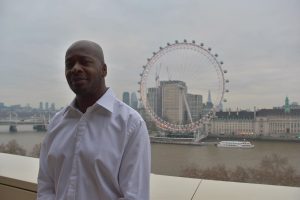 OBE for services to policing brings home to me the significance of the role. During my time in family liaison and involvement in terrorist investigations, I have been truly humbled by the sheer courage and strength of the families and survivors we have assisted. I remain in awe of the many people we have supported who have suffered but

survived the loss of the people dearest to them with both dignity and bravery. Also those who assisted investigations having witnessed traumatic events.”

Claire Summers was awarded an OBE for services to Counter Terrorism Policing. Claire is Head of the Technical Innovation and Development Environment and has dedicated her working life to keeping communities safe from harm and assisting in the disruption of organised criminals and terrorists in the UK and abroad. In the past year she has supported every major terrorist investigation in the UK including Borough Market, Finsbury Park and Westminster Bridge. 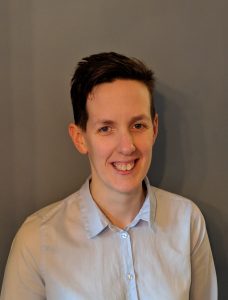 Claire Summers, OBE for services to Counter Terrorism Policing: “I am very pleased and surprised to have been included in the New Year’s Honours list. Rapid technological change has brought multiple challenges across society. Working alongside hugely talented and committed colleagues, I feel privileged to have had the opportunity to contribute my skills to the efforts of the police service in adjusting and responding to 21st century problems.”

Also, awarded an MBE was Anthony Joy the Counter Terrorism Command’s Senior Intelligence Analyst. His career at the Met spans 17 years and is responsible for more than 50 intelligence analysts and 30 researchers who support CT policing in London. Anthony has improved closer-working with Neighbourhood Policing, and Serious and Organised Crime units, to combat radicalisation and extremism.

The Metropolitan Police Commissioner, Cressida Dick: “This is a truly exceptional New Year’s Honours List for the Met. The extraordinary, courageous, compassionate and professional actions of our staff and members of the public during the appalling events of the terrorist attacks of 2017 have been recognised by Her Majesty. In addition the list recognises officers, staff and volunteers who are examples to us all for their innovation, dedication and professionalism. The breadth of their different roles and their contributions locally, nationally and internationally is a small snapshot of all the professional men and women of the Met. I am very proud of them all and that they have been recognised in this special way. Many congratulations.”

A further 18 officers and staff from the Metropolitan Police were recognised for their commitment, including for their services during the Westminster and London Bridge terror attacks.

The national awards also commended five officers and staff from Greater Manchester Police for their bravery during the arena attack.

“The honours for Teresa, Jared, Robert, Michael and Dale recognise the commitment, dedication and professionalism they showed in such horrific circumstances. They represent all of their colleagues in receiving these honours as well as their own exceptional work.”

British Transport Police (BTP) officers and staff were also recognised as part of the New Year’s Honours. The seven colleagues, who collectively contributed more than 100 years to policing, have been honoured for distinguished service, outstanding influence on policing or for acts of extreme bravery including during the terror acts of 2017.

This includes BTP Constables Jess Bullough and Mark Renshaw alongside Community Support Officers Jon Morrey and Lewis Brown, who were all on duty at Manchester Victoria Station on 22 May last year when the blast at the Arena happened. On hearing screams, all four ran towards danger and to scenes of devastation, they were the first emergency service personnel on scene. Throughout the tragedy, the team of four worked heroically in getting the injured to safety and calling for backup. They’ve each been recognised for exemplary levels of bravery.

BTP Police Constable Mark Renshaw said: “It is overwhelming to receive this honour from Her Majesty, it really does mean the world to me. When the explosion happened at the Arena, my first and only thought was to help as many people as possible amongst scenes of chaos. I never expected to be honoured for my actions, so this has come as such as surprise.”

Also, honoured was William Bryden who has worked in policing for more than 40 years and with BTP since 2004 in a variety of roles, but has specialised in forensic recovery, in particular disaster victim identification. William has worked on a number of high profile incidents during his years of service, including the Potters Bar train crash, Boxing Day Tsunami, Hillsborough disaster, the terrorist attacks at London Bridge and Manchester Arena and the Grenfell Tower fire. He is recognised for the passion, dedication and professional he has shown during his years of service.

A full list of the awards can be found here.