Counter Terrorism detectives who stop money getting into the hands of terrorists have been recognised on an international scale.

In the past 5 years the National Terrorist Financial Investigation Unit (NTFIU) have stopped more than £11 million going to finance criminals and have secured 105 convictions since 2010.

An international report has awarded the highest possible rating for the units effectiveness when liaising with financial companies during investigations, many of which have resulted in prosecutions. 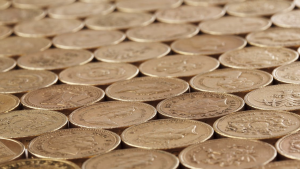 Considered as a world-leader in its field of investigation, the NTFIU have paved the way in disrupting terrorist financial activity by successfully limiting criminals tactics.

In recent years, terrorists have increasingly relied on illegal activities, like smuggling or counterfeiting, to generate revenue which is difficult to track through the financial systems. Terrorists have also begun to rely more on cash, leaving less of a paper trail.

Head of the Met Police Counter Terrorism Command, Clarke Jarrett said: “Financial investigation is a crucial part of the counter terrorism effort. Not only is this team stopping money from reaching the hands of terrorists or being used to fund terrorist attacks, it’s using specific legislation to access a range of financial data. Once pieced together, this information paints a very telling picture about suspects’ activities, who they are associated with and who should also be investigated.”

The team are based within the Metropolitan Police Counter Terrorism Command and is comprised of specialist investigators, analysts and researchers who investigate suspicious financial activity where they believe it may have links to terrorism. They do this by carrying out forensic examinations of individuals’ activity to identify where money is coming from, who it is going to, what it is being spent on and who is involved in moving it.

Commander Jarrett said: “A large quantity of the National Terrorist Financial Investigation Unit’s work focuses on disrupting potential terrorist activity by pursuing individuals for other crime. We may have an individual who initially comes onto the Counter Terrorism Command’s radar because we suspect they are involved in terrorist activity. There may be insufficient evidence to charge them for such an offence but in the course of their enquiries, investigators identify another crime they are involved in, like money laundering, benefit fraud or forgery, and we pursue them for this.”

In the last five financial years, the NTFIU has successfully sought the forfeiture of £1,661,406 from subjects of investigations and seized a further £9,340,715 in cash under the Proceeds of Crime Act.

Commander Jarrett concluded: “Whatever the toxic ideology being advocated by an individual, they can expect that the counter terrorism network will look at every aspect of their activity, including their financial movements, in its efforts to bring them to justice.”