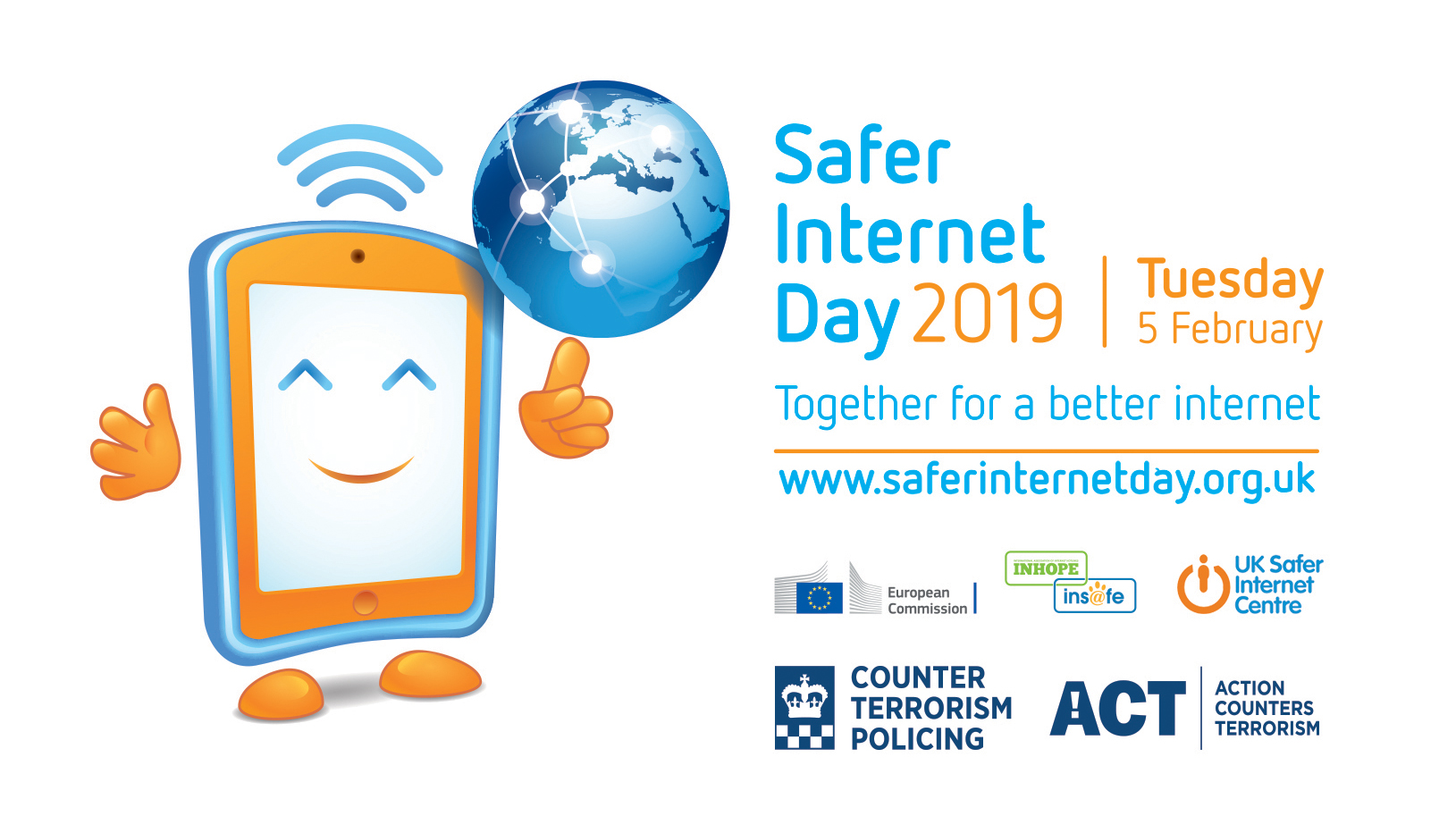 Counter Terrorism Policing North East is supporting Safer Internet Day 2019 and encouraging the public to report any extremist behaviour they see or hear whilst online.

Coordinated by the Safer Internet Centre, Safer Internet Day raises awareness of online safety issues, highlighting the positive uses of technology and exploring the role we all play in helping to create a better and safer online community.

Counter Terrorism Policing North East is supporting the day, reminding communities across the North East of the vital role they have in helping to keep people safe online by reporting any extremist content they see or hear, or concerns they may have.

Detective Chief Superintendent Martin Snowden is head of Counter Terrorism Policing North East; he said; “Whilst the internet and online technology offer significant positives, there are people with extreme ideologies and mind-sets that seek to exploit others vulnerabilities with their dangerous rhetoric across various online platforms.

“All extremist groups rely heavily on their propaganda being shared online in order to spread their messages and encourage others to support their cause or to commit violent acts both in the UK and abroad.

“The public are our eyes and ears online as well as on the streets in our towns and cities. They have a vital role to play and by reporting terrorist content they see or hear online they are having an huge positive impact. Firstly, we are able to remove any terrorist content, meaning those who are potentially vulnerable to radicalisation don’t come across that material. Secondly, and increasingly, it’s leading us to identify the people or networks behind the content, investigate, stop them, and bring them to justice.”

“We would always want the public to report anything they consider suspicious online; by taking positive action when they see or hear something that doesn’t feel right they can help the police and security services in tackling terrorism both here in the UK and abroad.”

Anyone with concerns about content they see or hear online can make a report by using the online reporting mechanism at www.gov.uk/ACT or by calling 0800 789 321. In an emergency always dial 999

Content such as the following should always be reported;

All reports made about extremist content are reviewed by specialist officers at the Counter Terrorism Internet Referral Unit (CTIRU).

Officers assess the material to determine its nature and whether it breaches any terrorism legislation, and where it does, take steps to get it removed by the host website or platform. The unit also helps with investigations across the UK.