On 22 March 2017, Travis Frain was on a trip to London with his university, visiting the Houses of Parliament, when he was caught up in the Westminster Bridge terror attack.

Travis was struck by the car driven by Khalid Masood, whose actions killed four people. Over 50 people were injured that day.

Travis suffered multiple fractures and needed urgent hospital treatment, he has since made a full recovery. 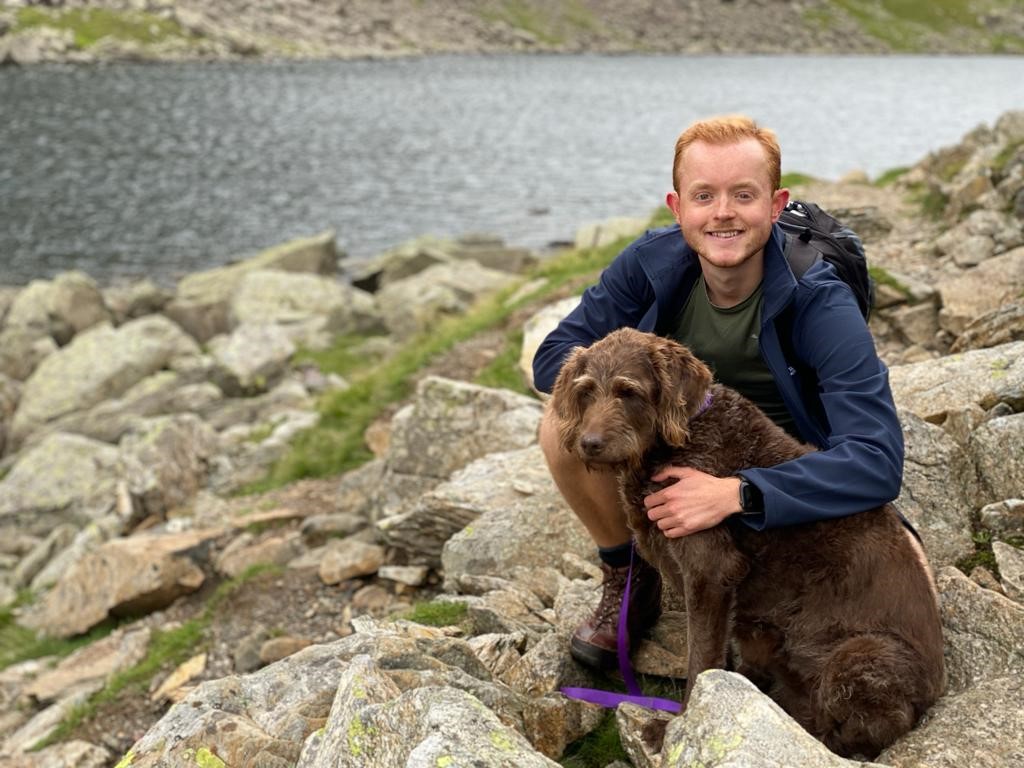 On Time to Talk Day, Travis has shared his experience with the hope of encouraging others to start conversations about mental health and trauma:

“After the Westminster terrorist attack, it took me some time to fully comprehend what had happened, and to understand the magnitude of what I’d been involved in.

“I wanted to talk to someone, anyone, about what had happened and, if nothing else, to simply get things off my chest, but I didn’t want to feel as though I was burdening my family and friends, or affecting them if I was to share any gritty details.

“Navigating official services was hard, and I ultimately found an outlet by chatting informally with other people affected, including survivors the attack and others across the UK, but also people affected by other traumatic incidents.

“I never found speaking about my experiences to be difficult, though I recognise this can differ greatly, but I struggled to find an outlet to do so – to find, I felt, someone who could listen, and who had received adequate training to deal with the details I was sharing.

“It felt as though I was dealing with the attack on my own and no one could sympathise with what I was experiencing, though the reality couldn’t be farther from the truth. In the months and years following the attack I began to meet more people affected by terror attacks past and present, and found great benefit in sharing my story.

“There’s no need to overthink it – often we’d just meet up to catch up over a coffee or a few beers – and certainly no obligation to share, but it allowed us to build a network to support one another and know that we weren’t dealing with this alone.

“One of the biggest changes in my own mentality came when I started to accept that my reaction – which was reflecting deeply on what had happened – was a natural response, not something to worry about. It was my body’s way of responding to something so horrific.

“Not everyone will need a specific event to trigger conversations about mental health, today, sadly almost all of us will know someone who has been affected by suicide.

“The charity Mind estimates that a quarter of people will experience a mental health problem each year. It’s time we start to act like it and reframe our discussion, and understanding of such issues, in line with physical injuries.

“Days like this are so important in raising awareness of these issues, so why don’t you use Time to Talk Day to take the extra step and check in on your friends and family. This is my story, but anyone can be affected by depression, anxiety, or post-traumatic stress.

“I hope this message also reaches police officers and other first responders. You have huge responsibility and expectation on your shoulders to stand strong in the face of terrorism, and other violent crime, but this is not a reason not to speak out. Your wellbeing is essential for all of us, because it means you can uphold your duties to the best of your abilities.

“We can only look out for one another if we actually talk about these issues; lead by example, and demonstrate strength by recognising when things aren’t right, and taking all the necessary steps to address it.”

In 2021, Travis launched the Resilience in Unity Project, which provides survivors of terrorism with a platform to share their stories safely and securely. Their testimonies are now being used to educate and inform others across the world. If you are interested in getting involved visit resilienceinunity.com

You can find out more about Time to Talk Day here.