UK counter terrorism efforts in the spotlight at global conference

London has played host to the world’s leading counter-terrorism and security experts this week, as the annual LinCT-AA conference took place in the capital.

Hundreds of delegates attended the event, sharing best practice and knowledge from law enforcement and intelligence agencies across the globe.

Keynote speakers included experts from policing, the security services and the private sector, with collaboration and innovation being highlighted as core priorities. 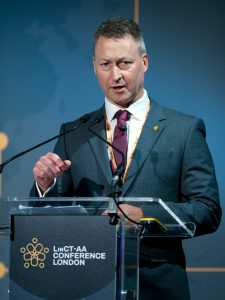 Senior National Coordinator for Counter Terrorism Policing and LinCT-AA President Dean Haydon said: “The purpose of this event is to maintain, strengthen and build on the fantastic relationships that already exist in this sector.

“If we are to keep the public safe from new and emerging threats, it is essential that we work closely with our global partners, through the Five Eyes alliance, but also more widely.

“This is the first time London has hosted the event and I am incredibly proud to have welcomed delegates to our wonderful city, it has been an opportunity to showcase our expertise and our progress in recent years.”

Amongst the issues discussed at the 2022 conference were international intelligence gathering, Protect Duty, radicalisation in prisons and Extreme Right Wing Terrorism.

The Leadership in Counter Terrorism (LinCT) program was first created in 2004, as a leadership project between the FBI, Scottish Police College, PSNI, The Royal Canadian Mounted Police, Harvard University and St Andrews University.

Since then the program has evolved to include a significant number of new partners, but the core purpose of preventing terrorism remains.

The LinCT-AA conference is held annually, with previous events being held in New York, Melbourne, Sydney, Toronto and Los Angeles.